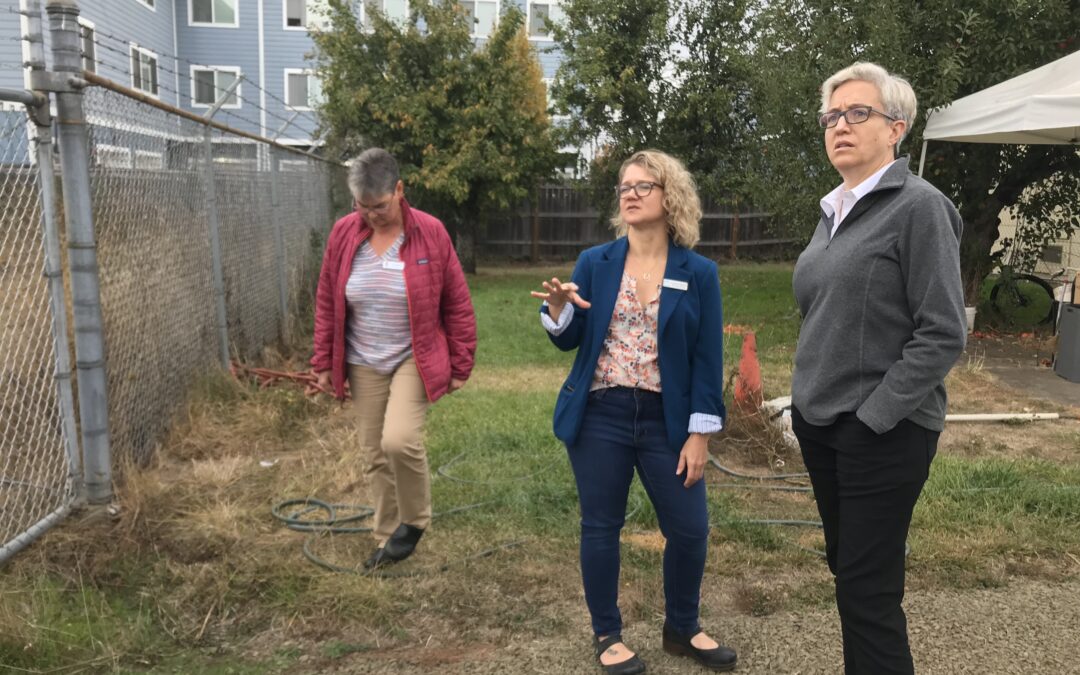 CORVALLIS, Ore. — Ballots are out, voters can decide, and candidates are making their final pitches.
Democratic candidate for Oregon Governor, Tina Kotek, says her goal over the final two and a half weeks is to talk to every voter possible about solutions for Oregon’s problems.
One of the biggest problems is homelessness, and on Friday Kotek was in Corvallis supporting a possible solution.
As governor, Tina Kotek says she would work on solving problems.
“We all agree on what the problems are.”
For all three candidates, homelessness is an urgent problem.
“I think Oregonians in general want people to just be helped. They want things to be better for people,” says Kotek.
And this is one way to do it, Project Turnkey.Kotek visiting a location in Corvallis, where local non-profits worked with government entities and businesses to convert an old motel into a housing unit for people experiencing homelessness.
“The partnership in a project like this is absolutely essential. Government can’t solve it by itself. Charity can’t solve it by itself. We all have to work together.”
Something Kotek’s opponents argue she hasn’t done.
Our station asked, “What’s your response to the fact that they say, well you’ve been in power. You’ve been speaker of the house, and this has been a growing issue. What’s your response to that?”
Kotek said, “There’s certainly more to do. I will never say that we’ve done enough. That’s why I decided to run for governor because we’re not doing enough.” An indirect indictment of the current governor.
The latest projections have the governor’s race as a near dead heat between Kotek and Christine Drazan.
Voters have less than three weeks to make up their minds and choose the next woman tasked with solving the homelessness crisis, and other problems facing the state.